the witch is burning

“The female is a female by virtue of a certain lack of qualities; we should regard the female nature as afflicted with a natural defectiveness.” – Aristotle

“The male is by nature superior, and the female inferior; and the one rules, and the other is ruled.” – Aristotle

Apparently, we’re back in ancient Greece, because the basic premise of Aristotle’s statement is taken to its most tangible conclusion with trans ideology, which is the most ass-backwards, illogical, misogynist wave of antifeminism to date. Radical feminists—or any woman who knows penis is male (cause it is)—are accused of reducing women to our genitals when we assert that female biology is far too complex to transition into via any medical procedure, and that our female biology is not an identity, but a visceral, real, and immutable quality of womanhood. Huge, glaring issues with trans ideology:

1. By taking a male human being, removing his penis, and drilling a hole between his legs, he is a woman. There is nothing—nothing—that more blatantly reduces womanhood to “human with a hole” (for penis entry!!! seriously what the ever-loving hell!!!) aka “reducing women to our genitals” than such a view. To assert that women—and by women, I mean biological females, always—are reducing ourselves to our genitals by refusing to accept this mockery of female biology is a reversal.

This can never be made by a doctor.

We are a distinct biological creature, from our endocrine system to our body structure to our chromosomes. Every single cell in our body from our eyelashes to our fingertips to our bones carries the DNA coding for femaleness. Our menstrual cycle is synchronized to the cycle of the moon. We experience menopause. Our mitochondrial DNA is passed down to us from a line of female ancestors going back to the primordial beginning of life on Earth. We have an evolved, stronger, and more flexible spine. Our breasts are able to produce food for young and we usually have the ability to make people. We are not a human with a hole between our legs for men to put their penis in. We are women.

2. Tagging on the above, to insist that female biology and womanhood are not intrinsically related is to insist that women—biological females, always—accept an ideology that forces us to dissociate: to detach from our bodies and see them as not having anything to do with us. This is what a human being often does when experiencing extreme trauma and is a condition of Post-Traumatic Stress. They are forcing their own dissociative relationship with their bodies onto women. He generalizes that because he doesn’t feel grounded in and connected to his own skin, the body is thus an abstraction, and that women—biological females, always—must surrender to this notion, agreeing with him that it is not, in fact, that he has a disorder which views biology as an abstraction, but that rather biology itself is generally abstract, and our own consciousness and healthy relationship to our own biology is a violation of him. His insistence that his own mental state is an objective reality which women must participate in is projection and abusive. “Representation of the world, like the world itself, is the work of men; they describe it from their own point of view, which they confuse with absolute truth” (Simone de Beauvoir). To force women to view our bodies as not an intrinsic part of us, to force us out of our own bodies, as it were, is psychological rape. Living in a woman-hating culture that socializes females to despise our natural form, obsess over perceived “imperfections”, feel shame at our body’s natural processes, and objectify our body as a thing for the male gaze/sexual use rather than a home and integral part of who we are is violently and hatefully exacerbated by men who insist that our female biology is merely an abstraction/social construct. The ideology preys on our own dysphoria as females in a woman-hating culture and exploits the disconnection we experience as a condition of being traumatized routinely via microaggressions and extreme violations of our personhood by a society that devalues us based on our biological sex. Any ideology so destructive to female well-being is diametrically opposed to feminism and can never be integrated into it, let alone heralded as a precondition for feminism.

“Woman is made to submit to man and to endure even injustice at his hands.” – Jean-Jacques Rousseau

There is no “trans feminism” any more than there is “patriarchal feminism” or “male supremacist feminism”.

3. Even without physically changing his body, he can become a woman by announcing that he is a woman. This is insanity in the extreme. It is more insane when it’s asserted that he didn’t become a woman, but always was a woman trapped in an, ehem, man’s body, or that because he feels like a woman, his male biology is suddenly female biology. The circular logic here is so obvious it hurts my eyes to even type it, but considering just the “I feel like a woman, so I am” bit, when has it ever been the case that a feeling alone is itself evidence of any objective reality? Following in post-modernist rhetoric, I suppose the counter-argument is that reality itself is not objective. This, to my mind, only makes sense if you’re male, and especially a white male. For the millions of oppressed people who understand that they cannot create reality by announcing how they feel, here’s a message to the white man: that belief is a direct result of your own privilege—meaning your *real* agency, in the real world, a la the objective reality as everyone else down here can soberly see as obvious as your boot on our backs. Your status as male is what allows you the power to shape real social, economic, and financial conditions based on what you want. When women, an oppressed group, tell you no, this is not oppression of you. This is resistance to total and complete domination. Post-modernist identity politics only works for men, especially white men. The token females and handmaidens that aid these men in constructing the world according to their will are unwittingly reinforcing a gender hierarchy whereby men announce how shit is and women nod in agreement. The latest twist in which men announce that they are female and actual females nod in agreement has only reinforced this dynamic and sent feminism into a tailspin of what-the-fuckery.

“Women, with their two-fingered wisdom, have a difficult time [understanding what I teach].” – Guatama Buddha

4. Transgenderism is based on misogyny. At root. At core. There is no version of transgenderism that squares away with feminism whatsoever. Sexism is the literal foundation upon which it stands. This can be easily observed by analyzing the definition of what transgenderism is:

a. “Of, relating to, or designating a person whose identity does not conform unambiguously to conventional notions of male or female gender roles, but combines or moves between these.” –Oxford English Dictionary

b. “Transgender people are people who were assigned a gender, usually at birth and based on their genitals, but who feel that this is a false or incomplete description of themselves. Not all Transgendered people feel the need to change their bodies…Most transsexual people desire to establish a permanent social role as a member of the gender with which they identify, some do feel the need to change their bodies because of intense gender dysphoria.” – Transgender Campaign 2007

c. “Non-identification with, or non-presentation as, the sex (and assumed gender) one was assigned at birth.” – Gender Equality Scheme

Bolding is mine. The reason this cannot be squared away with feminism is because feminism is the assertion that conventional notions of male and female gender roles (a), the social roles (hierarchy) between men and women (b), and the assumption that females/males belong in those social categories (c) is literally the definition of sexism. This is why calling radical feminists “TERFs” is not only a slur, but it’s redundant. Might as well call us SERFs (sexism exclusive radical feminists). Add to these bogus, antifeminist definitions the litany of issues mentioned in 1-3 above, and the trans movement is pure backlash. It’s a pro-patriarchy, male supremacist movement masquerading as a strive for equality. The reason the men leading the movement threaten to brutally murder and rape women who speak out against this male supremacist movement is because there is no justification for what they are doing, and the only way to succeed is by using the same methods men have always used: force women to submit.

Just why my head’s not bowed.

’Cause I’m a woman

from Phenomenal Woman by Maya Angelou

“Herein begins an anatomy lesson infused with feminist politics because I hate you…Women, made of moonlight, magic, and macabre will make you know the blood. We gonna get it all over the sheets and car seats. We gon’ do that. We gon’ introduce you to our insides. Period. And if you are as unprepared as we sometimes are, it’ll get all over you and leave a forever stain. So to my daughter: Should any fool mishandle the wild geography of your body, how it rides a red running current, like any good wolf or a witch, well then, just bleed boo. Give that blood a biblical name. Something of stone and mortar. Name it after Eve’s first rebellion in that garden. Name it after the last little girl to have her genitals mutilated in Kinshase; that was this morning. Give it as many syllables as there are unreported rape cases. Name the blood something holy. Something mighty. Something unlanguageable. Something in hieroglyphs. Something that sounds like the end of the world. Name it for the roar between your legs and for the women who will not be nameless here. Just bleed anyhow. Spill your impossible scripture all over the good furniture. Bleed and bleed and bleed on everything he loves. Period” – Dominique Christina, Period Poem (https://www.youtube.com/watch?v=4vu2BsePvoI) 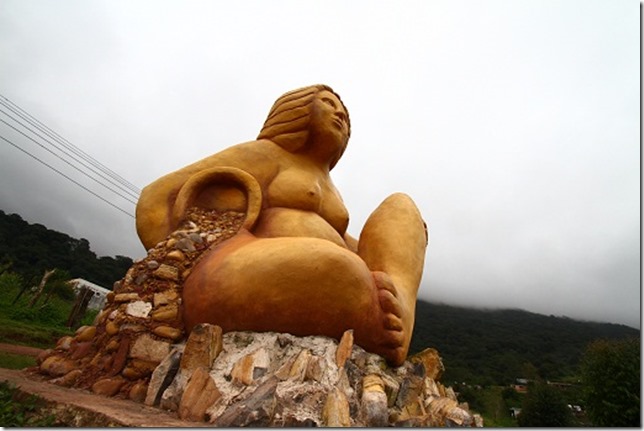 27 thoughts on “Transgenderism is Antifeminism”